You can purchase tickets here: Ticketscene 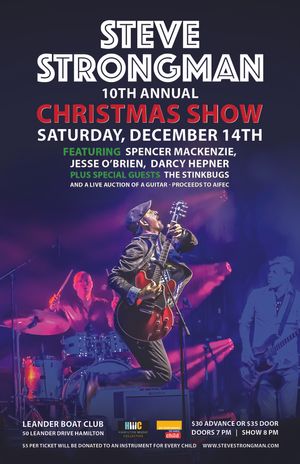 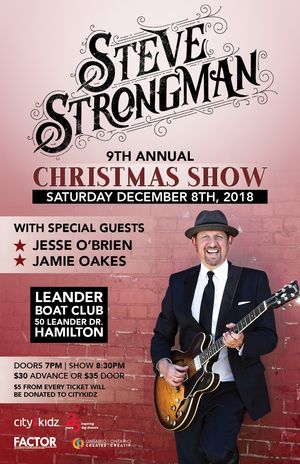 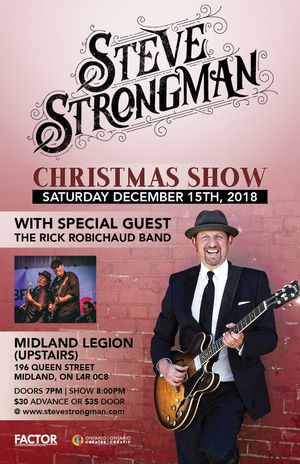 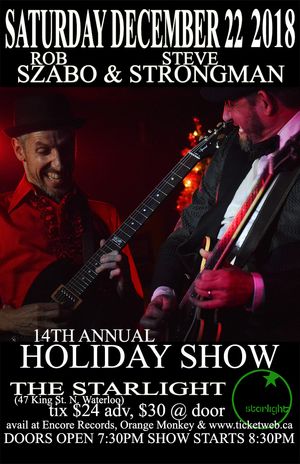 Very thrilled to announce that I will be traveling to Memphis, TN in January for the 2019 International Blues Challenge.

Thanks so much to the Grand River Blues Society ! 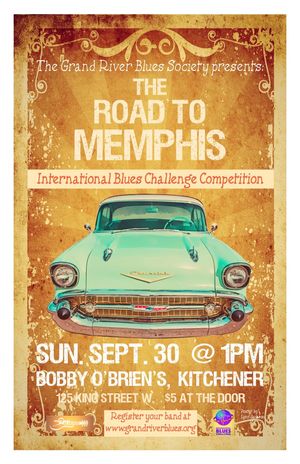 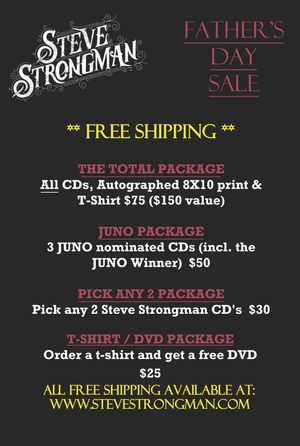 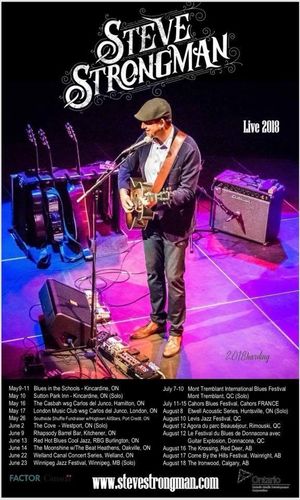 Thrilled to announce that NO TIME LIKE NOW has just been Nominated for BLUES ALBUM of the YEAR at the JUNO's!

Congratulations to all of the Nominees!! 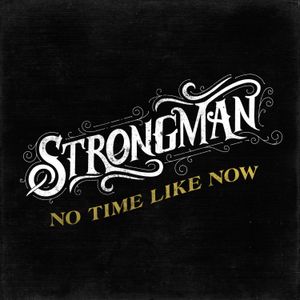 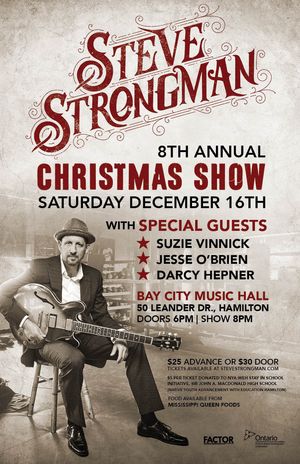 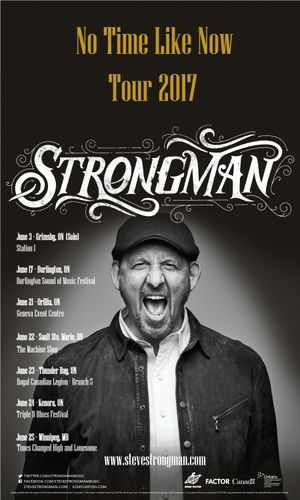 You can read the Great Dark Wonder interview here! 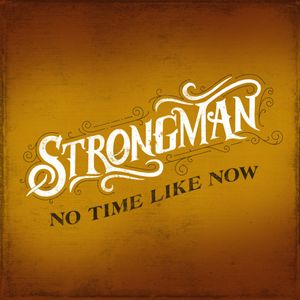 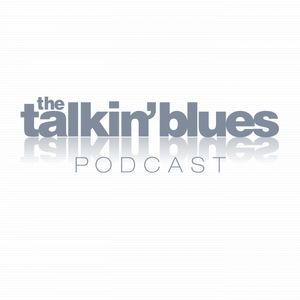 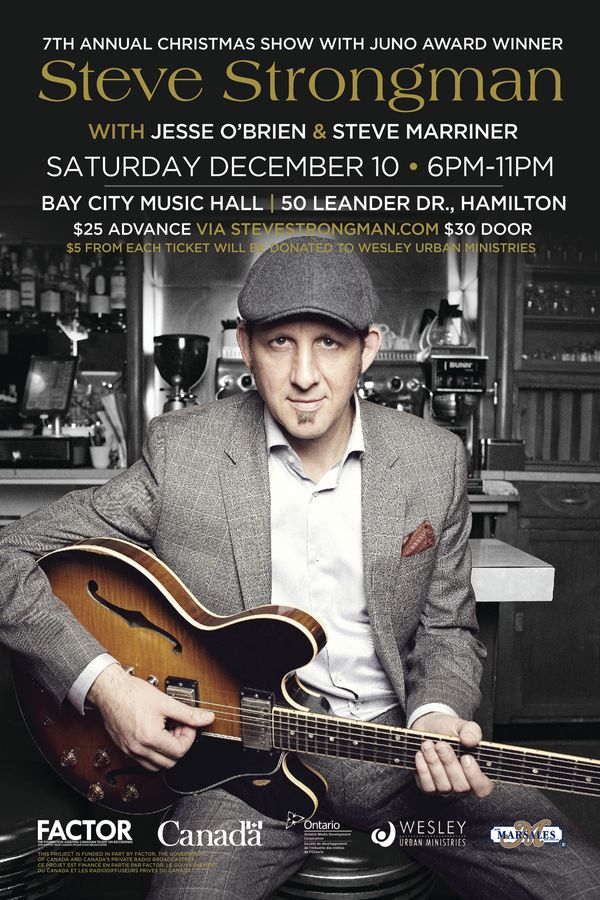 Steve Strongman to debut his version of Randy Bachman's
"You Ain't Seen Nothin' Yet"!

Steve will perform a few songs as a guest to the awesome Randy Bachman at the CNE Friday August 19th, 2016 7:30pm - The Bandshell
Click HERE for details!
Let's go to the EX! 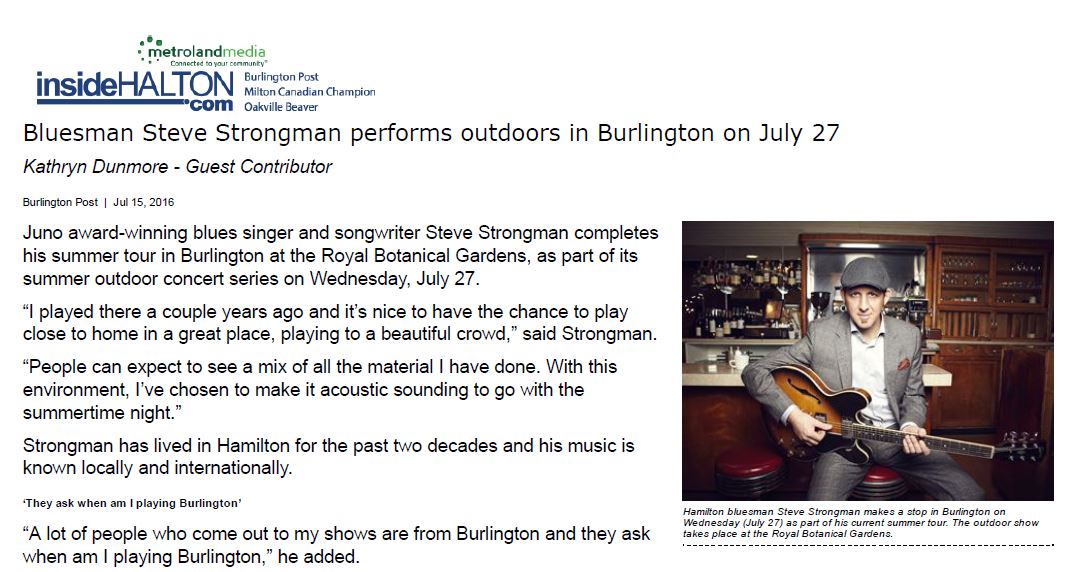 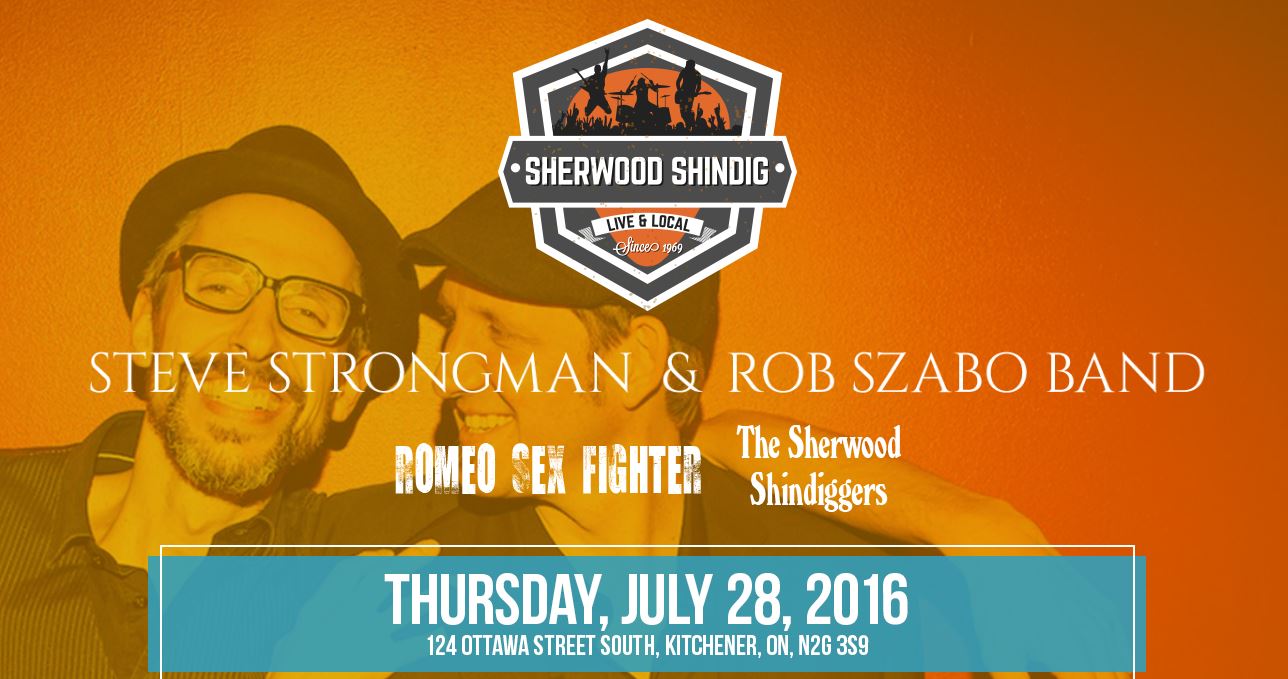 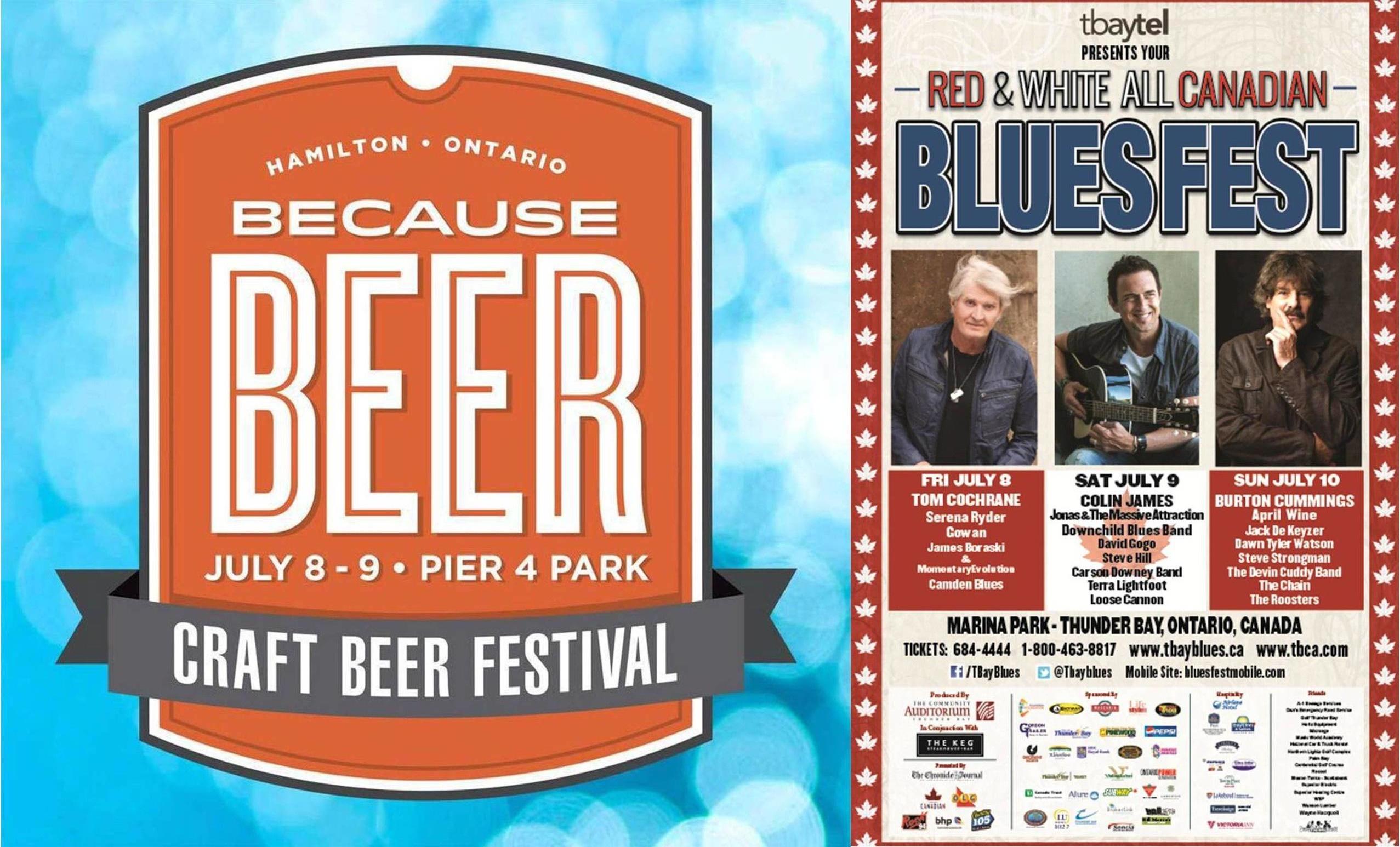 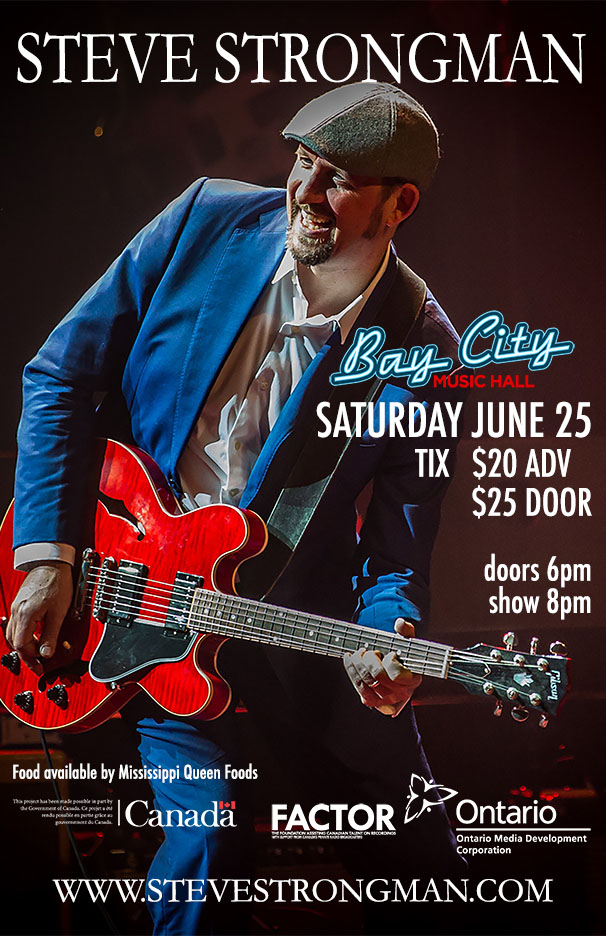 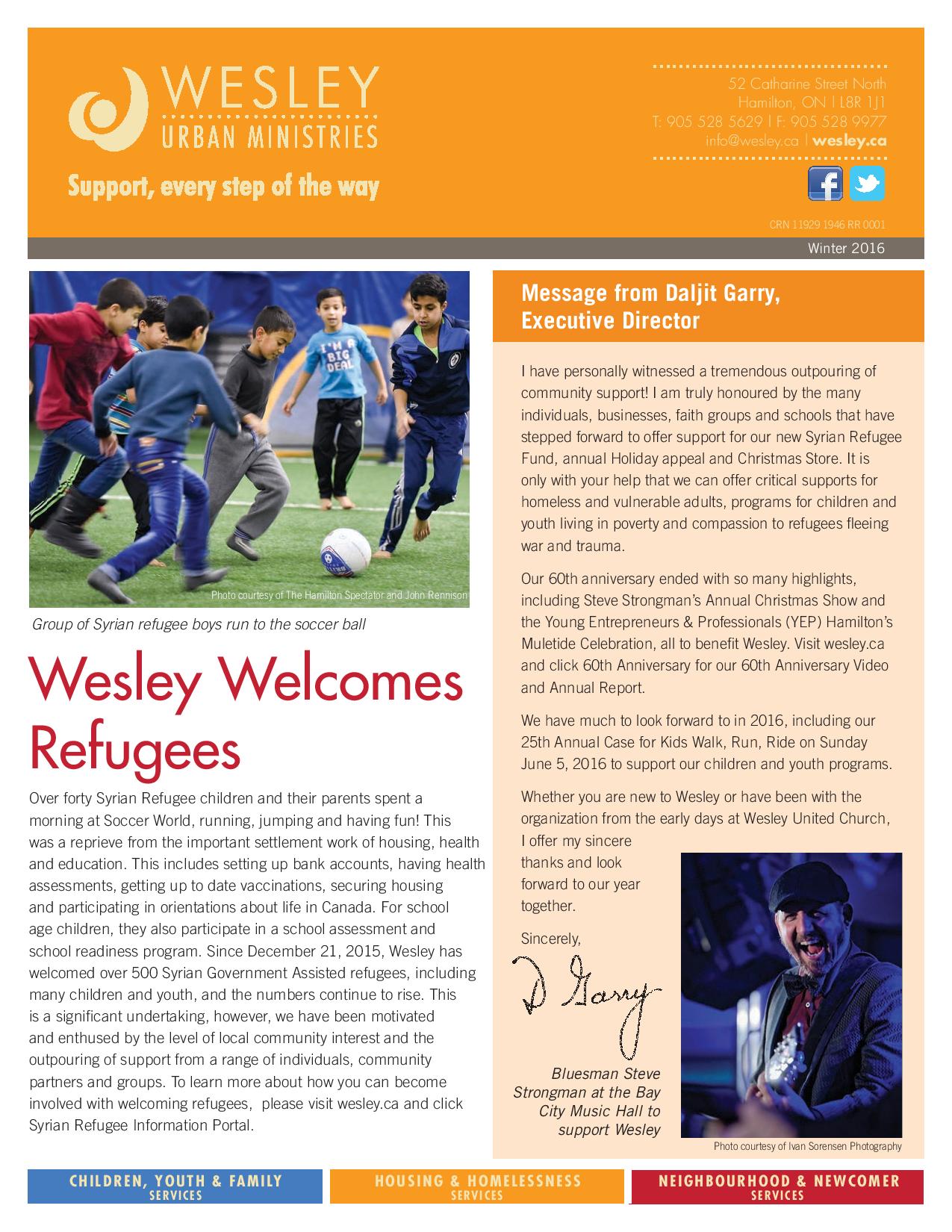 This months cover of Urbanicity 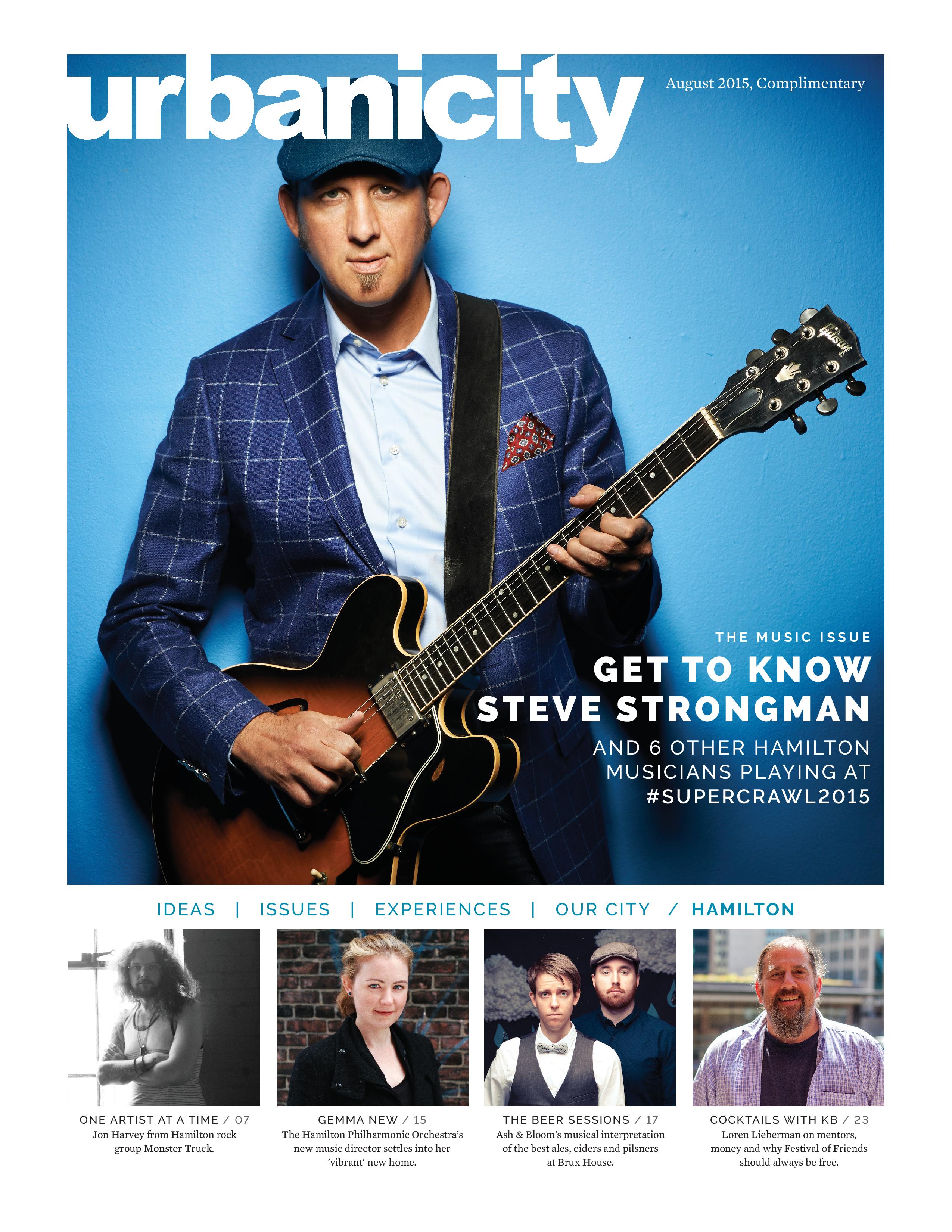 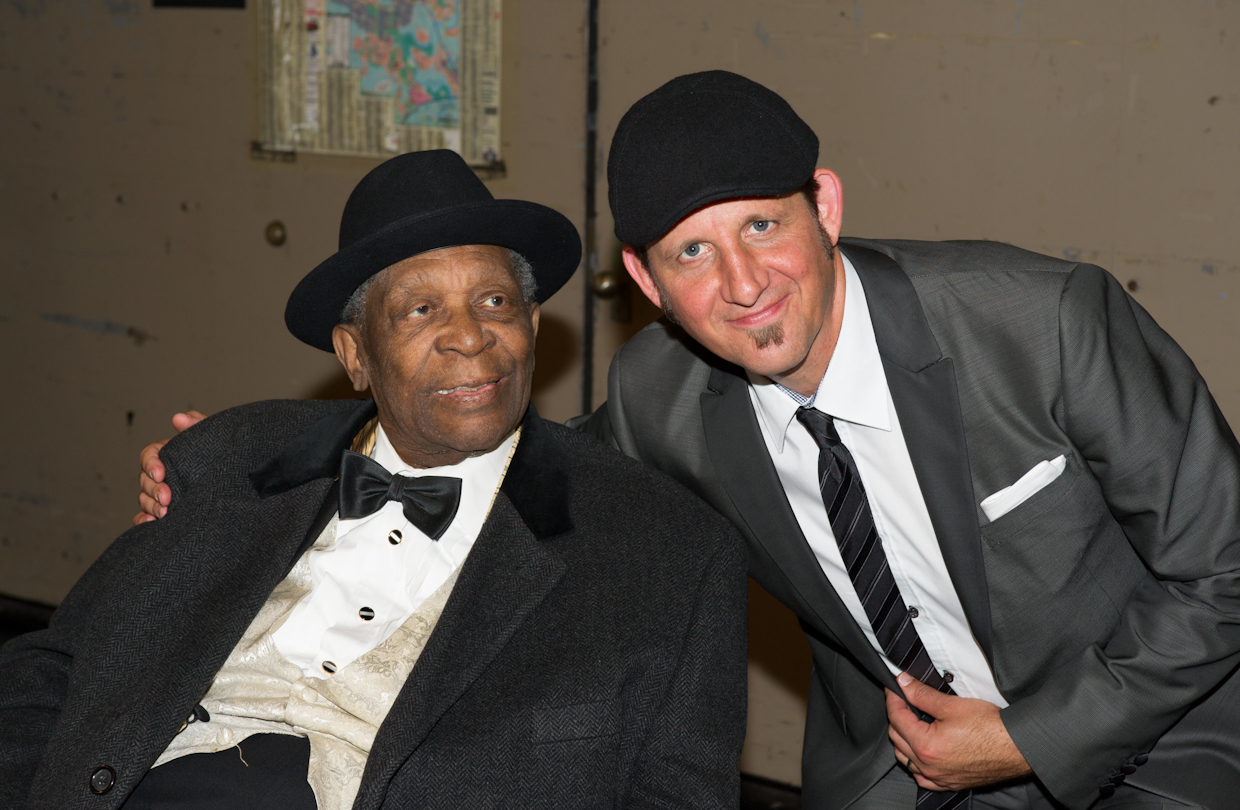 Steve Strongman has been nominated in
2 categories

The 11th annual Hamilton Music Awards return to the Dofasco Centre for the Arts in Hamilton at 6PM on Sunday May 24, 2015.  For a full list of Nominees click Here

Feeling the love in The “Hammer” !

Had an amazing few weeks at various events & news stations!  Congratulations to all of the nominees and winners. Big congratulations to the City of Hamilton for putting on a fantastic JUNO Awards! 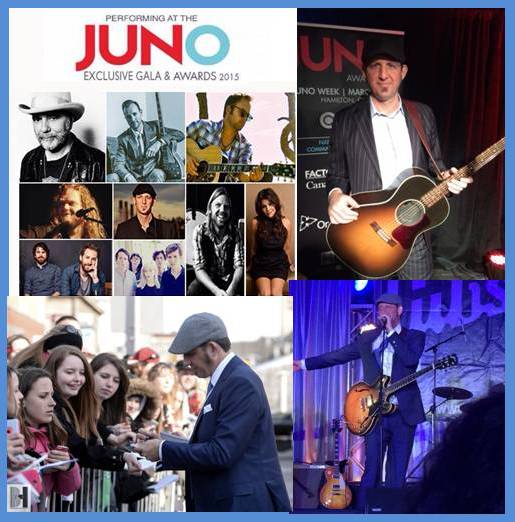 January 27, 2015
JUNO NOMINATION FOR STEVE STRONGMAN'S "LET ME PROVE IT TO YOU"
- Independent*Sonic Unyon
Steve Strongman has been nominated in the Category for BLUES ALBUM OF THE YEAR
(Sponsored by Stingray Music)
The JUNO's are being held this year in Hamilton, Ontario.
JUNO WEEK 2015 is March 9-15.
For a full list of nominees - click here.  JUNO Nominees 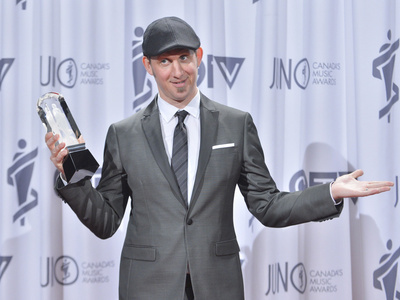 Steve Strongman fulfilled a lifetime dream of opening for the legendary BB King, in his hometown of Kitchener, Ontario Canada, on Saturday, October 12, 2013.
Strongman and his band performed an inspired set of music in front of a completely sold out crowd of over 2,000 people at The Centre in the Square.  During his set, he paid tribute to one of his mentors, blues guitarist Mel Brown, who settled in Kitchener after a lifetime on the road with some of the blues world's biggest names. "I don't think I would be doing what I am today if it weren't for Mel Brown", said Strongman.   The 2013 Juno award winner also sent out a special thank you to his family, who were in attendance.

"To be able to return to my hometown as a JUNO award winner, and open for a living legend, is an incredible feeling.  Thank you all for your support over all these years." 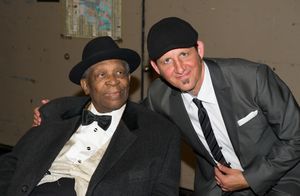 Steve Strongman's CD "A Natural Fact" continues to garner accolades and rave reviews, with the latest recognition coming via the International Songwriting Competition.  "Leaving", written by Steve Strongman and producer Rob Szabo, features multiple Maple Blues award winner Suzie Vinnick singing with Strongman.
"When I wrote this song, I knew that I wanted it to be a duet right away, and I'm really pleased with the way that it turned out."
Strongman also won the SOCAN sponsored Maple Blues Award for Songwriter of the Year.

The International Songwriting Competition (ISC) is proud to announce the 2012 finalists. ISC experienced a huge increase in entries in 2012, receiving over 20,000 entries in 22 categories of contemporary music from 119 countries worldwide. The entries were narrowed down to 324 finalists who hail from 45 countries throughout the world, from Pakistan to Latvia, from Ecuador to Tanzania, from Trinidad to Ukraine, and everywhere in between. These finalists' songs have now been sent to the ISC judges (see below for complete list) who will select the final winners. Winners will be announced in April, 2013.

This has been a fantastic start to 2013 for Steve Strongman.  On the heels of winning three Maple Blues Awards, the
Hamilton based artist has now been nominated in the category for a JUNO in the category of Blues Recording of the Year, for his latest offering, "A Natural Fact"
This is his first JUNO nomination.
Awards will be presented April 20 and 21 in Regina, Saskatchewan.
For the full list of nominees click HERE

"What an amazing night.  I am humbled and thrilled.  Thank you to the Maple Blues Awards Nominating panel, and to all the people that voted for me.  Congratulations to all the nominees and winners. Je tiens à dire un speciale grand merci à tous mes amis et fans au Québec pour tout votre soutien, je me réjouis de vous voir bientôt."  Steve Strongman

Winners in all categories, except the instrumental categories, will be selected by blues fans across the country.   Anyone in Canada with a valid email address is eligible to vote.  Winners in the guitar, harmonica, piano/keyboards, horn, drum, and bass categories will be determined by the Nominating Panel.

VOTING IS NOW CLOSED - THANK YOU FOR VOTING!!!

4/30/2012
Check out Steve Strongman on the cover of  the May issue of the Maple Blues Newsletter from the Toronto Blues Society.. 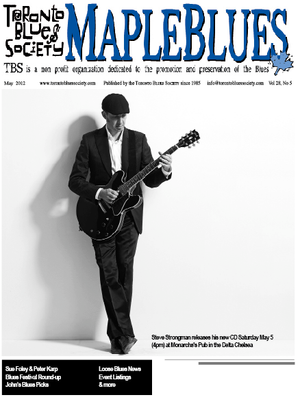 9/11/2012
I'm thrilled to tell you I will be in the upcoming documentary about the legendary Mel Brown.I was in studio Monday with producer Sean Jasmins, and cameraman Danny Bailey.

It was an absolute pleasure to talk about Mel and re-live so many great stories, and remember what a special person and talent Mel Brown was.  Can't wait to see the final footage!  I will keep you posted, but I believe the release date is Spring 2013. 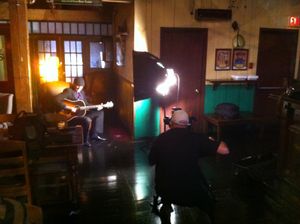 Currently at #5 on BB King's Bluesville, on Sirius XM sattelite radio.  Thanks to Bill Wax for all the support.

Rob Szabo has won Producer of the Year for the 2012 Canadian Folk Music Awards   for his work on "A Natural Fact".  Well deserved!!!